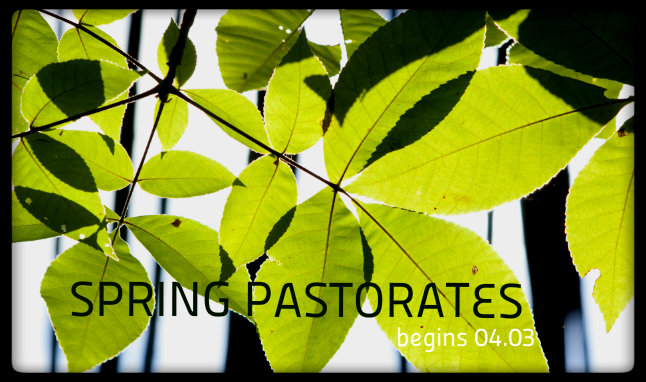 Registration for our Spring Pastorates begins Sunday, March 10 in the foyer. Pastorates are small groups that meet in homes for fellowship, discussion, and prayer. We have four groups available for adults this semester listed below. The spring term is every other Wednesday evening from 6:00–8:00 p.m. for five meetings beginning April 3. We also provide a Pastorate for our youth and children that meet at the church from 5:45–8:15 p.m.

If you have any questions or would like to register for a group, email Wes Gristy.