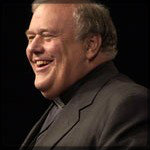 Bishop Bill Atwood serves as the General Secretary of the Ekkleisa Society, an international society committed to making disciples, and as the Diocesan Bishop of the International Diocese in the Anglican Church in North America (ACNA). Through his strong international ties, Bishop Bill has played a key role in many of the numerous efforts to stand for orthodox Anglicanism in the United States and around the world. He resides with his wife, Susan, in Frisco, Texas. 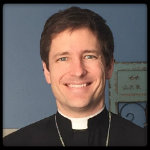 Father Wes Gristy has been the Rector (Senior Pastor) of All Saints since 2014, having initially come on staff as an Associate Pastor in September of 2012. Though he's been in church ministry for over twenty-five years, Fr. Wes is relatively new to the Anglican tradition, being ordained to the priesthood in 2013. A native Texan, he and his wife of twenty-one years, Abbie, have made Jackson, TN their home since 2005. They have three children. Email. 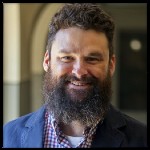 Father Ben Williams joined All Saints in June of 2021 as the Curate for Church Planting. He graduated from Beeson Seminary in April of 2021 with an M.Div. and was ordained a priest in the ACNA the same month. As Fr. Ben serves as a priest of All Saints, he gives most of his time to leading Mission Saint James to become All Saints' first daughter church plant. Fr. Ben has been married to Janie for fifteen years. They have four boys and a newborn girl. Email. 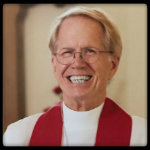 Father Chuck Filiatreau is the Rector Emeritus of All Saints. He accepted the call as All Saints' first rector in 2004 and served until his retirement in 2014. He has been ordained for almost 50 years having served churches in Arkansas and Tennessee. When All Saints was under the Diocese of Thika, Kenya, he served as Bishop Githiga's Commissary to churches in the United States. He and his wife Gretchen have been married for 54 years and have two grown children, Melisande and Beau. 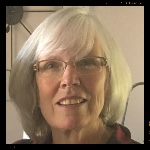 Dn. Nan Thomas is our Minister of Spiritual Formation. Originally from the suburbs of Cleveland, Ohio, she moved to Jackson in 1994 with her husband David and their three children. They came to All Saints in the Spring of 2014 and immediately loved the preaching, liturgy, Eucharist, and community. They were confirmed in November of 2014 and Nan was ordained a deacon in October 2021. Nan has worked in politics, campus ministry, and higher education. In addition to her family, Nan enjoys reading, gardening, and sitting by her pond, watching! Email. 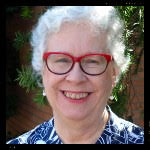 Dn. Barbara Tucker Reed was ordained in October of 2021. She and her husband of 54 years lived in Texas and Oak Ridge, TN, before returning to their hometown, Dyersburg, in 2010. She has been an advocate for victims of violence since 1981 and a Chaplain for the Dyersburg Police Dept. since 2011. Genealogy and gardening complement her life. She and John are parents of three children and three grandchildren. 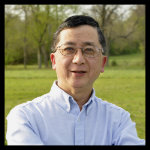 Dr. Jordan Tang is the Music Director at All Saints. Prior to coming to All Saints in 2013, Jordan served for decades as music director of professional symphony orchestras in Jackson, TN and Paducah, KY, and has made appearances with the Hong Kong, Nashville, Charlotte, and Memphis orchestras. As a composer, he has written four symphonies and hundreds of compositions and arrangements, including some written for and performed at All Saints. Jordan and his wife, Cindy, have been married for 39 years, and have two grown children, Philip and Paige Wunrow. Email. 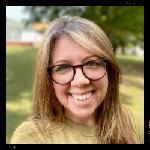 Janie Williams is the Ministry Coordinator of All Saints. She is wife to Fr. Ben and is mom to Dillon, Isaac, Sammy, Ellis, and Olive. Janie enjoys doing ministry with her husband as they launch Mission Saint James, the daughter church of All Saints. Janie loves being around people and considers that her number one hobby, but she also enjoys hiking and baking sourdough bread in her spare time. Most recently, she has seen the Lord continue to guide her in ministry after feeling led as an 18-year-old to mission work, and now being a church planter’s wife. Email. 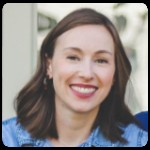 Katie Beavers is the Children's Church Coordinator of All Saints. She is wife to Jay and mom to Jane, Lucy, and Sylvia. A former educator and lifelong learner, Katie enjoys reading and continuing to explore the depths of the Anglican tradition. She is happy to be part of the growing healing prayer ministry at All Saints and is especially grateful to be on board as Children’s Church Coordinator. She hopes that together we will grow with our children and the church in our knowledge of Jesus, in His love for us, and in our capability of responding to that love. Email. 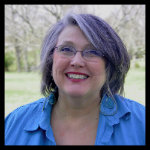 Donna Taylor is the Financial Director at All Saints and handles all bookkeeping and accounting, as well as ordering supplies and contributing to pastoral care on occasion. Donna has two children, Addis (married to Jill) and Danielle, and three grandchildren, Jessica, Shelby, and Lee. Being the wife of a military member, she moved 27 times, traveled to 35 states, and extensively overseas while being stationed in Saudi Arabia. Email. 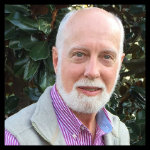 Dr. Gary Osborne is a Licensed Catechist in the Anglican Church and is in private practice as a psychotherapist. He coordinates counseling and medication review for better patient outcomes in medical clinics. Gary has served as a pastor in the United Methodist Church and the Lutheran Church. One Sunday a month he is a Chaplain at Jackson General Hospital. Gary has also worked in the psychology graduate department for the University of Memphis as an adjunct professor. He enjoys tennis and cooking with his wife, Celecia. They have two adult children, Lexi and Jace.