There is a crisis in our community in which the basic rights and needs of our most vulnerable citizens—our children—are being violated because the very system that is supposed to be looking out for them simply does not have the resources to do so. If I sound passionate, it’s because I am. If I sound angry with the system, it’s because I am. And I submit that you should be too.

Let me tell you about a six-year-old girl who was removed from a sexually abusive father, only to be placed in eight different foster homes and six different schools over the course of two years. Let me tell you about a family of five children whose single mother was put in jail for possession of methamphetamine, and even though the children were very close to one another, they had to be split up and put in different foster homes around the county and two of them were placed in a foster home in a neighboring county.

These are not isolated stories. These are every day stories in the foster care system all across our country, across our state, and right here in our community. Almost 750,000 kids are in the foster care system in our country. Almost 9,000 in TN alone, and I am sad to say, there were 105 new foster children coming into the system in Madison County last year. That number does not include the other 50–75 children that were removed from their homes and placed with relatives. On average, the Department of Children’s Services gets almost 100 referrals every month. This intense need can strain the system to the point where they are simply unable to protect the rights of each child. 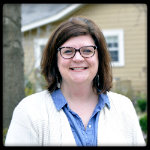 When I began with CASA in 2005, it was as a volunteer who in my spare time advocated for these vulnerable children. It was a calling so strong that I began to work for CASA full time later in 2005. I worked for CASA until I was too pregnant to walk up the stairs to my second floor office in 2007. In 2011, I started serving on the Board of Directors. I was named the Executive Director in January 2012.

I feel that CASA is central to fulfilling society’s most fundamental obligation by making sure a qualified, compassionate adult will fight for and protect a child’s right to be safe, to be treated with dignity and respect, and to learn and grow in the safe embrace of a loving family.

CASA stands for Court Appointed Special Advocates for Children. Each of us is a regular citizen like you—volunteers, appointed by the courts, who have been trained in how to advocate for neglected and abused children in the foster care and juvenile court systems, trained to assure the rights and needs of these children are at the forefront of decisions that are being made by judges and lawyers and family members.

The CASA program was created in 1977 by a family court judge who could see that the system in place to care for foster kids was underfunded and overworked. It’s not that the people in it don’t care—in fact, like the judge that founded the CASA program, they care deeply—they are simply too overwhelmed to be able to provide the individual advocacy each child deserves. This family court judge knew that children would have a much better chance if they could rely on a single adult volunteer who was outside of that system, and trained in how to advocate for each child’s individual needs. He felt it was the only way to assure that each child in the system has a fighting chance.

For many neglected and abused children, their CASA volunteer is the only reliable adult presence in their lives. And that single volunteer is often enough to break the cycle of violence and neglect—not just for one child, but also for generations to come.

But today, less than half of the children in need have access to a CASA volunteer. Here in Madison County, Juvenile Court Judge Christy R. Little will hear about 300 cases this year. We are dedicated to ensuring that every child in the foster care and child welfare system has a qualified CASA volunteer looking out for his or her best interests. To do this, we will need to more than double the number of current CASA volunteers in Madison County.

I know these are tough times for everyone. There are financial limitations and political conflict and all sorts of pressures on people’s time and energy. But economic hardship and political pressure are not supposed to define who we are; they are supposed to test who we are. Right now, we’re failing that test when it comes to the rights and needs of children in the foster care and child welfare system. So I am asking you to join me in this fight. Volunteer your time to help a child if you can. Give whatever financial support you can. Help us as we advocate with judges and policy makers and reach out to more companies and foundations and individual donors. Introduce us to others who might be able to help.

CASA is one of the few success stories where the private sector, the public sector, and the incredible people-power of 70,000 volunteers come together to effect real and lasting change. It is one of those few success stories where one person can make all the difference. Look to our own congregation for an example of such success. Ask Fr. Brian and Amanda where their sweet babies would be if it were not for their CASA volunteer, Mrs. Pat.