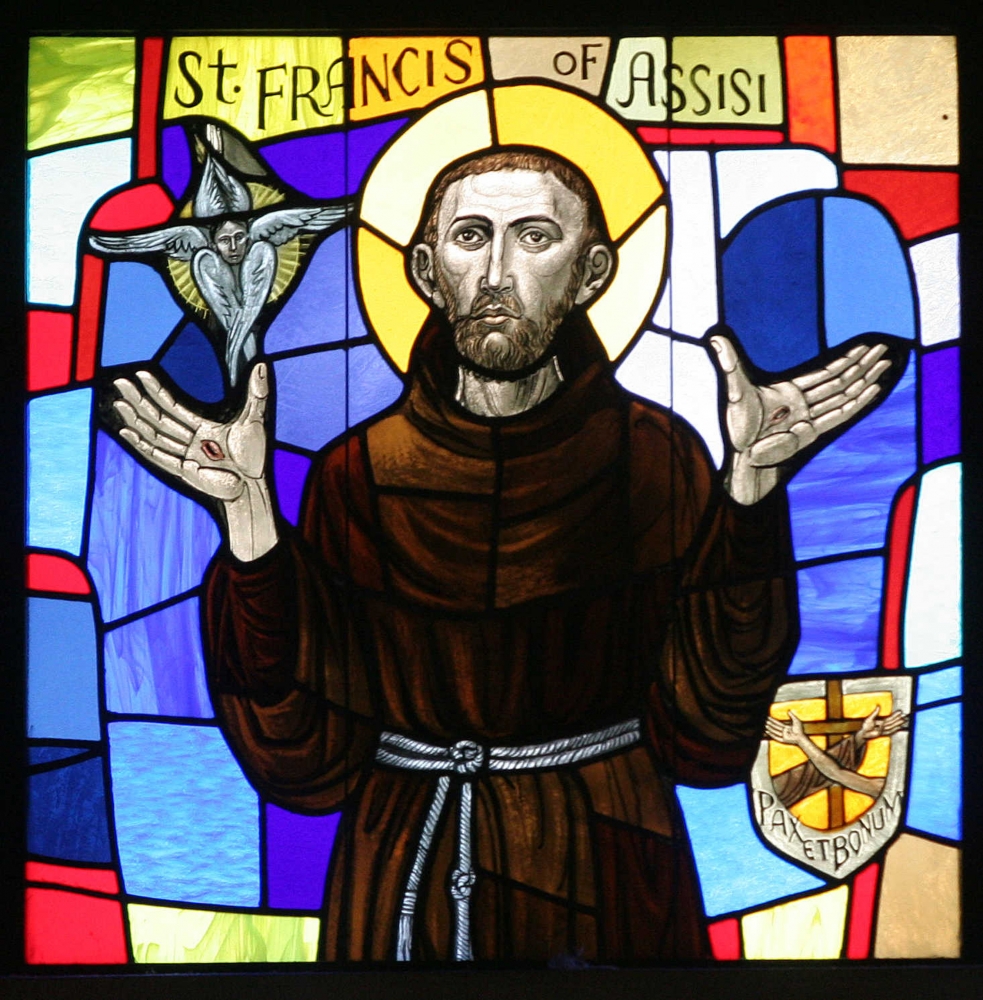 The man who would become St. Francis was born the son of a wealthy cloth merchant in the city of Assisi. When the boy was born, his mother asked that he be named Giovanni, after John the Baptist, for she had great hopes that her son would grow to become a man of God, perhaps even a priest. The boy’s father wanted nothing to do with such religious nonsense. He defied his wife and had the boy named Francesco, which means “free one.”

As Francesco grew into a young man, he certainly worked to earn that moniker. He was well liked by almost everyone he met, which allowed him to get into all sorts of trouble. He played pranks, made jokes, threw lavish parties, engaged in just about every type of debauchery you could imagine, and was often found drunk in the inn, laughing and singing with his friends.

Wherever he went and whatever he did, he was the center of attention, a natural leader. And while his likable nature and his ability to entertain made him a fine business man, Francis wanted more than the life of a simple cloth merchant. He wanted to test his courage and to be showered with glory and honor. So, Francis set out to become a knight.

So Francis’ father purchased for his son a horse, a fine suit of armor inlaid with gold and silver, and a red, flowing cape. Look the part, Francis most certainly did! But his father could not buy for him a warrior’s skill or talent with the sword…

In one of his very first battles, Francis’ battalion (composed almost entirely of inexperienced soldiers like Francis) was wiped out. Francis was captured, and, as the son of a wealthy merchant, he was held for a hefty ransom. It took over a year for Francis’ father to save enough to pay the boy's captors, but eventually Francis was redeemed and brought back home to Assisi.

Now, you’re probably thinking, this must have been the turning point. Of course, Francis was radically changed after that! That’s how stories like these tend to go, isn’t it?

Unfortunately, real life is very different from our bedtime stories. Instead of becoming a pious man, Francis went back to his parties, back to his debauchery, back to the life he had always known. In fact, it was not until years later that Francis would experience any change of heart whatsoever. And when he did, it was a miraculous thing, indeed!

It came to pass on a sunny afternoon that Francis was riding through the countryside on a beautiful, sleek horse, wearing regal clothing that his father had purchased for him, and thinking romantic thoughts about poetry and women or whatever young men tend to think about on such rides. Along the way, Francis came across a leper begging on the side of the road. A scarred, filthy, rotting leper. Everything about the appearance of the man repelled Francis. The smell that covered him was nearly unbearable. In disgust, Francis turned his horse around and began to ride off.

However, something about the encounter left Francis uneasy. He couldn’t shake a nagging sense of guilt about how he had reacted to the man. While Francis had been disgusted by the outward appearance of the leper, he knew that, if this man could see inside to Francis’ soul, he would be just as repelled by Francis as Francis was repelled by him.

In a moment of clarity, Francis understood the Gospel of Christ for the first time. No matter our station, no matter our circumstances, we all need the cleansing and forgiveness of our Savior. We do not earn it. We cannot deserve it. We can’t purchase it. Forgiveness is a gift we can only receive with open hands, acknowledging that we have nothing to offer in return.

Overcome with love for his God and love for his fellow man, Francis galloped back to the place where he had seen the beggar, jumped down, and kissed the hand of the one who had previously so revolted him. To Francis’ surprise, the beggar returned his embrace. Forgiveness became incarnate for Francis in that simple act, and he was never the same again.

He gave away all of his possessions, returned his fine clothes to his father, and began walking through the streets of Assisi naked, finally free of his cares, his wealth, and the lustful delights that had previously shackled him. Francesco, indeed!

He began to convert first his friends to the faith, then complete strangers. Before long, he had a following of brothers and sisters who all embraced a life of poverty, a life of simplicity, a life of worship. Francis and his friends gave up everything in order that they might have Christ. For these monks, to have anything in addition to Christ was to be tempted to allow SOMETHING to take the place of Christ. And Francis never wanted to be tempted in this respect again.

Francis was a man of extremes, to be sure. But in those extremes, he found a life worth living. A life of complete devotion to God. A life within which he, together with all of the created order—the birds, the flowers, the sun, the moon, a wolf, a cow, and especially his fellow human beings--could worship the Father in spirit and in truth. In the beauty of the created, he saw the mark of his Creator, and his love could not be contained!

With Francis, we endeavor to see the indelible grace that shines forth from all of God’s creation: we celebrate his feast day on October 4th with a Blessing of the Animals, remembering that God reveals himself to us in the faithfulness of the dog, in the gentleness of the cat, in the steadfastness of the horse. As Francis saw Christ in the leper, let us see the imprint of our Father in those around us and in each of our finned, scaled, feathered, or furred friends. May the recognition thereof move us all to greater love of our Triune God!